The lights are up, the crew is ready, the hard drives are spinning furiously to capture every moment.

Such are the mumblings of a crew member during a live video production.   Whether it’s a trade show, a music concert, or a live feed for a breaking story, shooting it live is a different video production beast that demands nerves of steel and the ability to go with the flow.  There are no second chances.  There are no “that one was good, could you do it one more time, the mike wasn’t working” takes.  It is what it is.

What does it take to deliver a great live video production?  Planning, planning and more planning.  While you can never account for every possible outcome, lots of preproduction and testing and retesting can eliminate costly errors when it counts.  We know the competition is fierce. There are plenty of Boston video production companies more than capable of taking on the very project we are about to mess up.  Planning is key to live video production happiness.

Another huge  piece of the puzzle is having the right equipment to do the job.  The technical specs, the ease of use, the reliability, the ergonomics-they all play a part in achieving live video production success.  Knowing your equipment’s capabilities in a live video production is not the same as watching an unboxing video and reading the shiny marketing materials.   Sometimes it takes hours running through the equipment to find out,  every time you hit this button and do this in this mode, this happens.  Or if you don’t tighten that handle it will shake loose, or if you lose power mid shot, it resets all the settings unless you save them.  One of the most harrowing experiences is relying on brand new equipment during a live shoot.  Sometimes you’re sitting at your computer and it crashes for no reason.  If you’re checking your socials on a Saturday morning, it’s annoying, but whatever, and you reboot.  If it happens on your live event,  it’s your business crashing.  Check check and recheck, carry a spare and develop your workaround if that guy named Murphy shows up and starts giving you legal trouble.

Another key to live video production success? Be early.

We recently showed up for a live shoot at a small concert venue.  The call time was 1pm.  The artist wasn’t scheduled to start until 9:30pm. 8 hours for a 1 hour show?  I mean is that really necessary?  In a word, yes. Although most of our cameras were set and ready to go before the clock struck 3, we realized a problem on one of the main floor cams.  Luckily we had time to get a complete replacement package rented and delivered within 3 hours.  We were just finishing up when the doors to the venue opened, making additional movement on the show floor next to impossible.  But because we were early and caught the problem with time to fix it, the show went off without a hitch.  Extra time often means standing around waiting.  But every once in a while it saves your live production from disaster.

The final piece of the puzzle is your crew.  For a live video production, you need folks who are cool under fire.  You need quick thinkers who don’t panic, and when faced with an Apollo 13 situation, improvise as best they can.  Even if the sky is falling, these people would do their best to prop it up with a two-by-four and some gaffers tape they found in the green room.   Give me the inexperienced cool thinker over a hair-on-fire veteran any day.  Truth be told, if you’re known to panic when things go wrong, you probably will not make it to veteran’s status in Boston video production.  You just won’t be hired.

Planning, the right equipment, the right crew, and sometimes a little luck- these are just some of the elements that make up a great live video production.  When it’s done right, it’s a great feeling. And when it’s done poorly.  Well, you might as well let it go, and look on the bright side.  There is no second take. 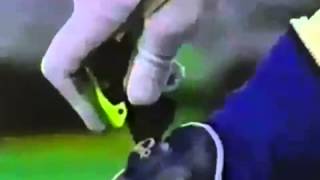 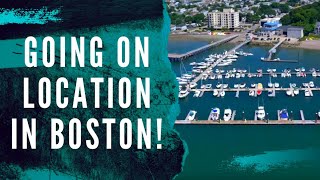